Teenage Engineering is known for its custom approach to creating a variety of devices. It is enough to mention the popular series of miniature synthesizers and so-called samplers. operators. Interestingly, despite the passage of time, the OP-1 remains the flagship device. Despite the high price, it disappears from the shelves at the speed of light. What is the phenomenon of this device?

The above question is one of the first to appear in the minds of producers interested in buying OP-1. Although the premiere of the equipment took place in 2011, the controversy associated with it has not subsided to this day. On the one hand, OP-1 is a cult device. Has a large group of fans who are constantly inventing new applications, or various patents related to its operation. It is worth adding that the device itself favors it. It allows for many non-standard applications that are far from what you would expect from a synthesizer. On the other hand, there is no devastating criticism. The device architecture, which is a major plus for some, disqualifies the device from other manufacturers. No MIDI ports, four-track audio file registration, no standard synthesis control parameters. Often, we only have an abstract graphic representation of selected parameters.

Before we proceed to trying to develop the above dilemma, it is worth mentioning what is on board OP-1:

So we see that the possibilities are gigantic. Of course, we also get the whole package of restrictions. We are not able to record MIDI tracks on the device. The device has one audio output. We can only record on four tracks. We receive a package of possibilities and restrictions. It is important how much we are aware of them and whether we are able to fit into this model. 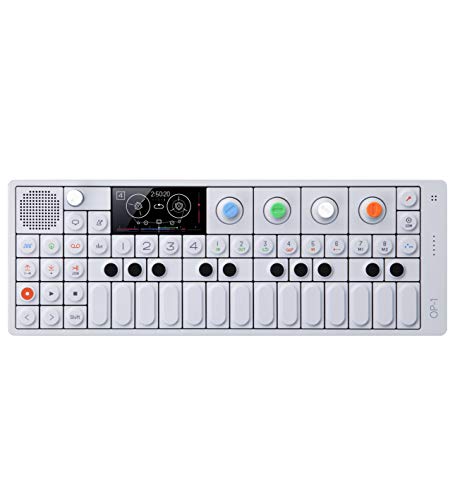 Going further we can ask an elementary question – what is the relationship between OP-1 and DAW programs installed on the computer? Is there anything we can only do on OP-1? The sensible answer is – no. But to be honest, a similar answer can be given to any synthesizer or hardware sampler. Whether we like it or not – the computer has gigantic computing power that is difficult to compete with. What may constitute a differentiating element concerns the workflow of a given device. In fact, the comfort, ergonomics, or the aforementioned adaptation to our work style seems to be decisive. 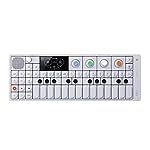 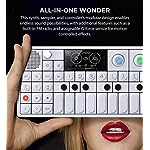 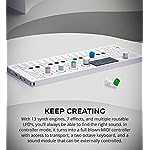 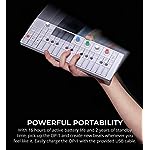 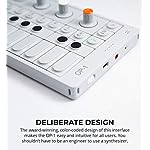 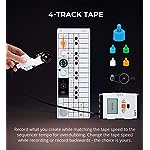 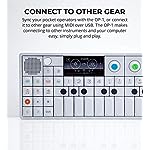 I deliberately skip music styling issues. With a deeper knowledge of the equipment, deciding whether it is good to play techno, produce hip-hop or house, does not make any sense. If we have an idea how to use the offered sounds and specific possibilities, then we certainly do not have to worry too much about aesthetics. Some producers use only the sampler, some treat it as an interesting-sounding synthesizer, others use full architecture to create whole songs from beginning to end. Another issue is the more experimental use of the device. There is no shortage of people who treat OP-1 as a sound propulsion motor for their modular systems.

Summarizing. With an idea and the right amount of patience, we’ll get an extremely creative tool. Without these elements, the fun will end fairly quickly, and the result will be an unnecessary waste of a large amount of money.