RØDE NTG5 – directional microphone is a gunshot microphone, which is a very narrow microphone, designed for point shots of sound sources from a distance. These types of microphones are not often found on stage and studio, but are standard in the film and video industry. And when it comes to sound for moving images, Røde is the undisputed global power. She managed to break the monopoly of “expensive” producers, proving that you can make professional audio equipment to work on a set that does not cost a fortune. At the same time, he does not push his finger between the door and the door frame and does not intend to compete intensively with brands such as Sennheiser (although in the case of NTG5 you can think about what below), Shure, Countryman, DPA or Shoeps where they reign supreme decades. In any case, this was the state at the turn of 2019 and 2020. Time will tell if the status quo will be preserved …

In the box labeled NTG5 we will find several things. First of all, the microphone, in the next layer the PG2-R pistol grip and the RM5 tripod grip, and the WS10 windshield made of artificial fur at the bottom, the XLR / XLR adapter with the attachment to the pistol grip and the neatly rolled up microphone cover. Everything is packed in separate cardboard boxes. I had to take a picture of the arrangement of these six elements, because without it there was no chance to put everything in such a way to close the box. A real Rubik’s cube! The microphone has a removable windscreen made of foam, so the manufacturer has left us the choice of the most optimal solution. With stronger winds, fur works – the example of many animals shows this most clearly. For standard indoor work or windless weather, use a less striking foam cover. The microphone is also equipped with a silicone ring, which after putting on the XLR plug protects against knocks heard in the microphone when there is any looseness on the connection.

Inside the body, which is also a properly constructed waveguide, there is a capsule, the manufacturer describes it as “RF-bias condenser”, as well as an electronic system with the equally enigmatic name “RF-bias demodulation”. These types of solutions are used, among others in Sennheiser microphones from the MKH series. Their name comes from the initials of the author of the concept of frequency-modulated microphones, which is Manfred Hibbing, whose description can be found in a document on the Sennheiser website at http://bit.ly/MKHStory. It is strange that this idea is not widely used.

The basis for the operation of frequency-modulated microphones is a slightly different application of the capacitive capsule. We still deal with a similar structure, but in FM microphones it functions not as a direct source of DC voltage modulation, but as a capacitor in a generator system operating at a frequency of several MHz. The advantage of this application is that the impedance of the capsule at this frequency decreases to the value of hundreds of ohms, while when working with audio frequencies this impedance ranges from hundreds of kilohms to hundreds of megohms. Thanks to this, the capsule is much less sensitive to interference, interference and even moisture. In addition, it does not require the use of noise and limiting the dynamic range of the impedance conversion system. When the membrane begins to vibrate under the influence of sound pressure, then the capsule changes its capacity with a slight change in impedance. The change in capacitance causes frequency modulation in the generator system, which is then converted into an audio signal after demodulation carried out in the same way as in FM radio receivers. This solution also has another advantage – the capsule is not connected to the ground (body) of the microphone, thanks to which it can work in a symmetrical arrangement. The symmetry in the microphone is therefore preserved from the capsule to the XLR output, which at the same time allows for greater interference immunity and a wider dynamic range. For a microphone, NTG5 is a very serious, technologically advanced construction with a number of undeniable advantages.

In addition to the excellent sound, which with good directivity reliably reflects the sonic nature of the source, the NTG5’s strength are the accessories included. A solid pistol grip with cable tunnel and flexible Rycote Lyre suspension comes to the fore. The latter has more than once proved its functionality and effectiveness in eliminating mechanical interference. In addition, we have an XLR / XLR adapter cable with a short, thin section to the connector mounted in the handle, from which a standard cable with a male XLR connector already leads. They can be led out freely or – after making a cable loop – fixed in the holder. The handle itself is adapted for installation on a microphone stand.

ENSURE YOU BUY GENUINE RØDE PRODUCTS! Products from sellers which say ‘fulfilled by ’ under the price are NOT authorized resellers, and may not be selling genuine product.
Buy only from (labelled ‘shipped and sold by ’)
The revolutionary acoustic design with circular ports offers unmatched transparency and a more natural, uncoloured sound 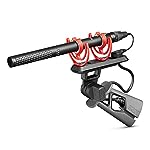 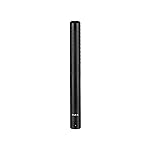 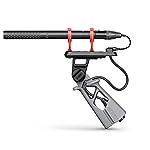 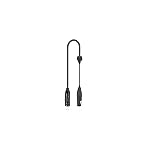 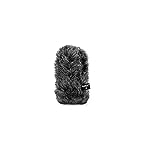 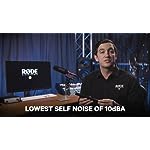 NTG5’s directionality is very good, especially in the context that it is relatively short for a shotgun. This is not a microphone for “spy” tasks, but where we care about maintaining the consistency of sound and image, it behaves great, optimally separating the background from the main sound source (I recommend presentation on DVD and online). Due to the relatively even sound characteristics of NTG5, I can imagine its studio application wherever we want greater directivity – no microphone with renal characteristics will achieve such effects. In addition, the use of frequency modulation technology had a positive effect on the dynamic range and overall sound character. All this makes studio experiments with NTG5 extremely inspiring! Which does not change the fact that it is a very good and relatively inexpensive short and light shotgun for video applications, reporting, interviews, broadcasting and all types of broadcasting work. In this context, not giving our product the Our Type mark would be a big deal.